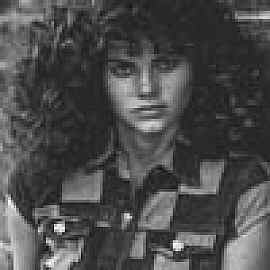 Beloved was on my to-read list for a long time because I liked Song of Solomon and The Bluest Eye, but I was afraid to read it because I had heard it was a hard book to understand. When I finally read it, I enjoyed the story. I hadn't read anything else like it before and that alone made it enjoyable. 2006 top ten list of ALA most frequently challenged books. I don't know for sure but I guess, after the success (and the upcoming Oliver Stone film based on it) of Don Winslow's brilliant SAVAGES, Simon & Schuster decided to reissue this 2009 novel in hardcover. Winslow's staccato prose grabs you by the throat and pulls you through any of his novels -- his pacing and sense of rhythmn is second to none. But even though I couldn't put this down, I felt the various elements in the book felt dated. The book is about a surfing detective, and the descriptions of the beach and surfing are gorgeous, lyrical. And the friendships among the all male surfers seem very real. But when the protagonist, Boone Daniels, a former cop now turned PI, is asked by an older surfer to look into whether or not his wife is having an affair, and is also asked by his sort-of-girlfriend, a lawyer, to help her with a case against an accused murderer, Boone's perfectly balanced life starts to fall apart. Sure, he solves the case and all the various elements of the plot, incuding insurance fraud and a Mexican drug cartel, come together quite neatly, but I felt the white supremacist angle had been done before. And while the plot didn't strike me as fresh, I thought this was terrific for its exploration of men's friendships and its depiction of the multiracial surfing culture on a now aging member of it. Winslow is always worth reading for his prose -- he's got those two paragraph chapters down (as in, THIS is how you do it, Patterson), and knows how to distill his prose to the absolute essence of the few words necessary to express himself. And he has a dry sense of humor. What's really interesting about the prose in this book is that sharp as it is, I bet, if Winslow were to rewrite it now, he'd streamline and distill it even more, he's gotten that much better with his language. And who at S & S approved the crappy new dark cover? It doesn't begin to suggest the richness of the atmosphere within.