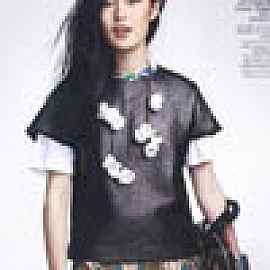 ** spoiler alert ** I am kind of disappointed with this book. I didn’t even have high expectations but this book was annoying on so many levels. I guess it’s not a smart move to start a review with the parts I didn’t like, but I have to get this out. First of all, the characters. I was never a big fan of Clary, but she was so much more annoying here than before. There is a fine difference between a heroine who is strong, has her own opinions and makes the right moves to save her friends, and someone who is a selfish brat, only does what SHE thinks is right for everyone else and annoys the shit out of me. Yeah, Clary is the second one. There were so many times when I just wanted to punch her or knock my head against a wall… repeatedly. Jocelyn is the next I just can’t grasp. What she’s doing is wrong on so many levels. I am not a mom, but I just can’t believe that a mom would act like that. I mean, she grew up as a Shadowhunter herself, therefore she must KNOW that she just can’t hide her daughter from that world… even less, when she lives in fucking New York. And after all that has happened one w2uld think that she has learned something from the past. Like, you can’t run away from your problems. But no, she does exactly the same again. What I also don’t get is how she reacts to Sebastian/Jonathan. No mother would hate her child from the day he’s born. Even with what Valentine does to his child, every mother would believe in the good part in her child and would not abandon him, but take him with her, when she runs away. Jocelyn reacts like someone who was thrown into the Shadowhunter world as a human and not as if she’s grown up with it. The next are Magnus and Alec, and I am so, so sad to have to say this. Magnus and Alec have been my favorite characters from the beginning, but even their parts felt just wrong to me in this book. I was, as if they were completely different persons all of a sudden, but maybe I just got them wrong before. I don’t get, why Alec went to Camille again and again and again. Yeah, he has his insecurities and has a problem with Magnus’ immortality. I do get that, I guess nearly everyone would feel like that in his position. I also understand why he went to Camille the first and second time. But to go to her after he knew, that there is no way to make him immortal, but only to make Magnus mortal? And then again after he knew he had to kill Raphael to get that wish? And not to say, that he did that even after the battle where he thought he lost Magnus? Sorry, but that is not the Alec I have come to know in the first books. That is such a huge betrayal of trust, if a boy would do that to me, he would never see me again. But Magnus too was just not how he has been the last books. Magnus was always a very observant person. In CP he was nearly the only one who realized what was going on with Will and he didn’t even see him that often. And now, he doesn’t get what’s going on with his boyfriend? Who practically lives with him? Has he gone blind? Or does he just not care? Yeah, I get that he is a very secretive person who doesn’t talk about himself much. But after everything he has done to get together with Alec he just does nothing to hold him? Well… okay. That breakup was made up and unnecessary. There had to be some drama at the end – obvious, there always has to be some new drama at the end of every of Cassie’s books – but that was just the wrong way. What unnerved me the most was that this book was foreseeable as hell. From the part where Izzy and Jocelyn visited the Iron Sisters, I knew exactly what was going to happen. It was obvious that Sebastian was still the bad guy and Cassie didn’t even try to make everyone believe that he could’ve really changed. I would have loved to read what would happen, if he could’ve convinced Clary and the three wanted to “save” the world. That would’ve been fun – and something new! Because there have been so many reiterations. We already had summoning the angel Raziel. We already had Jace half dying but then not. We already had – repeatedly – something happening with Jace at the end of the book. Has Cassie no new ideas? That would be bad, because she just announced that she will write a third Shadowhunter series… There have been much too many making out scenes and too many POV changes. The whole plot of Maya and Jordan was redundant because all they ever did was getting on each other. But alas, there were some parts that I really enjoyed. I loved Simon and Izzy and every small part with both of them. Ad I really want a Simon for myself who will tell me Star Wars stories *-* I loved the Jace-Sebastian-alliance, but like I said, it was too short for my liking. I adored the summoning of the demon and I would’ve loved if Team Good would’ve gone with his plan. That would’ve been fun and something new. But yeah… The fight in the end was really good. Cassie is really good with that sort of thing, so I don’t get why she gets caught up in all those small little annoying scenes that are dispensable for the plot.